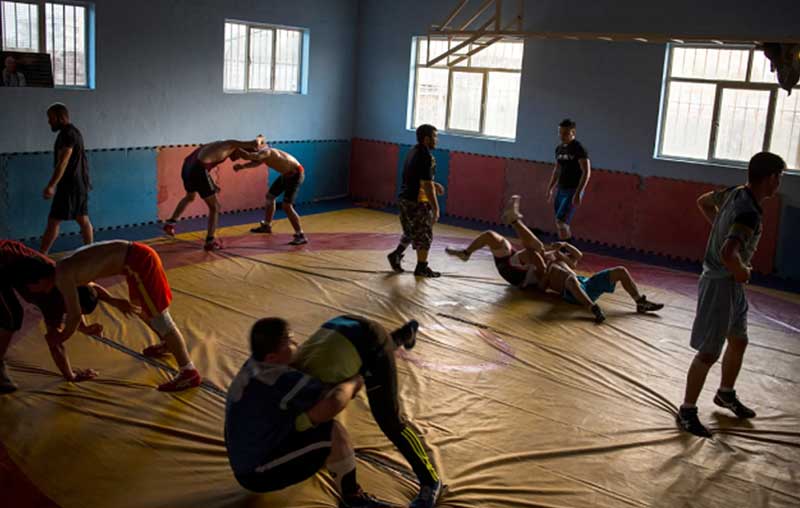 Following the IS-K terrorist attack on Maiwand Wrestling Club in west Kabul, in which 26 were killed and 91 wounded, including children, adolescent and young wrestlers, Hooman Tavakolian, an Iranian-American former wrestler, wrestling coach, sports diplomat, philanthropist and a member of United World Wrestling, tried to equip the club and re-establish hope for the Afghan wrestling champions. He launched a campaign for the same.

Following the launch of this big campaign, wrestling fans around the world and some prominent champions such as Jordan Burroughs (World freestyle wrestling Champion) joined the campaign, and soon after their donations including wrestling equipment reached Kabul.

Effort to restore wrestling club destroyed in Afghanistan terrorist attack has begun, but more help is needed to complete task

Bombed by ISIS, an Afghan Wrestling Club Is Back: ‘They Can’t Stop Us’